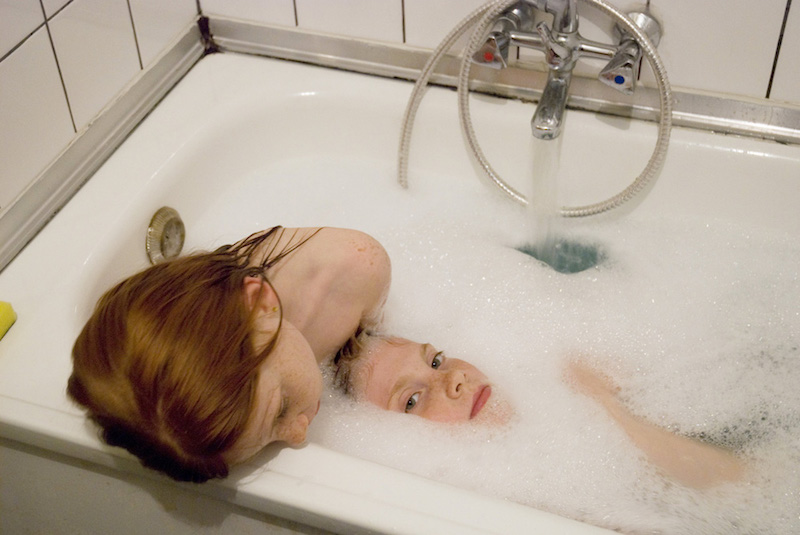 A lamb named Beauty shows the life of two twin sisters Kimberly and Gwendolyn. The series started in 2007, when the sisters were 10 years old. They live in a Flemish village in Belgium, close to where I grew up. I tried to give a candid impression about how the twins take care of each other, and the many animals that are gathered around them. The twins seem to live in a domain all of their own, taking strength from their love from one another.

The title is named to their lamb ‘Beauty’, who is also grown up today. I got to know the girls when they were ten years old and have continued to photograph them off and on ever since. As the twins grow up, carefree play makes way for increasing self-consciousness.