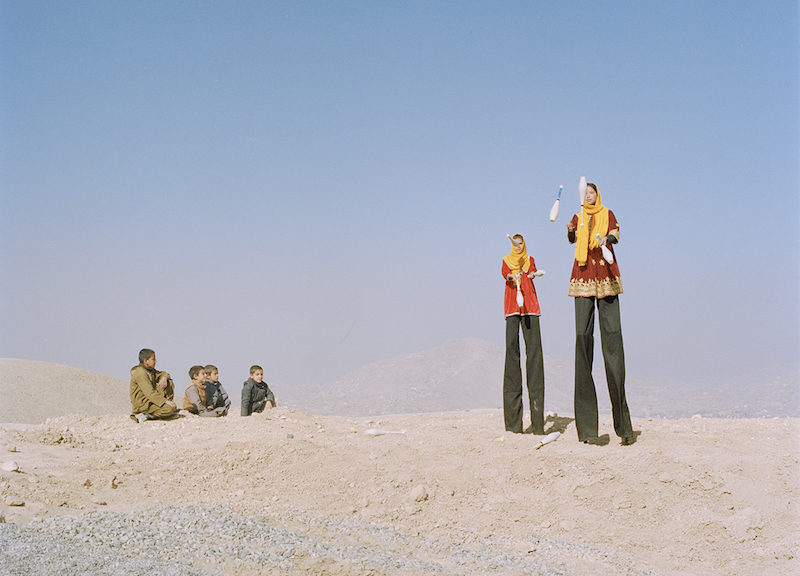 We are pleased to announce the recipient of the 2017 Inge Morath Award, Johanna-Maria Fritz, for her project Like a Bird. The Inge Morath Award is a $5,000 production grant given each year to a woman photographer under the age of 30 to support the completion of a long-term documentary project. This year’s finalist is Isadora Romero, for her proposal Amazona Warmikuna. From a pool of 122 applications from over 30 countries, Johanna-Maria and Isadora were selected by the membership of Magnum Photos at their Annual General Meeting to honor the legacy of their colleague, Inge Morath.

Born in Malsch, Germany, Johanna-Maria Fritz studied photography at Neue Schule für Fotografie. She was highlighted by Time Magazine’s list “Women in Photography: 34 Voices From Around the World,” and is one of the recipients of the 2017 Feature Shoot Emerging Photography Awards. Her work has been published in Tagesspiegel, Neues Deutschland, Fluter, Zeit-online, Vice, and Interview Magazine, and she has exhibited her work internationally.

In her proposal, Johanna-Maria writes:

For Like a bird, I travelled to Palestine, Afghanistan, and the Islamic Republic of Iran. I was especially curious about the role of women in circus life and the environment the circus is based in. Thankfully I was able to get access to the female culture in conservative societies as I am myself a woman… I direct a spectator’s view to different worlds: the one of the circus as well as the society surrounding it and how the social fabric of the circus influences the outside and in turn is influenced itself.

Finalist Isadora Romero works in her home country of Ecuador. Her project Amazona Warmikuna portrays the lives of indigenous women in the Ecuadorian Amazon. Inspired by the myth of the Amazonas, from whom the region received its name, Isadora’s series is a tribute to their mystical vision of the world and their incredible strength.

Both Johanna-Maria and Isadora’s work, in addition to that of other select applicants, will be presented in the Inge Morath Magazine over the coming year.

“This year’s applicants were unusually strong, almost across the board,” says Magnum Foundation Executive Director Kristen Lubben. “That so many young women under the age of 30–and from countries around the world–already have substantial and distinctive bodies of work to share is really promising for the field as a whole. Being able to support these photographers in the completion of their long-term projects is a fitting way to honor the legacy of Inge Morath, who carved a path for herself as a celebrated photographer in the wake of WWII, working against the grain of what was expected of women at the time.”

Magnum Foundation is a non-profit organization that expands creativity and diversity in documentary photography, activating new audiences and ideas through the innovative use of images. Through grantmaking, mentoring, and creative collaborations, we partner with socially engaged imagemakers experimenting with new models for storytelling.