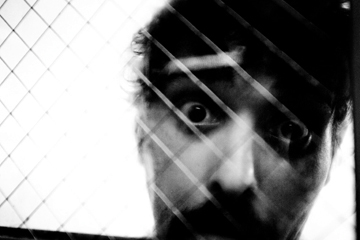 Unfortunately, this situation is not unique to Kentucky. The continuous withdrawal of mental health funding has turned jails and prisons across the U.S. into the default mental health facilities. The system designed for security is now trapped with treating mental illness and the mentally ill are often trapped inside the system with nowhere else to go.

A 2006 report by the U.S. Department of Justice shows that the number of Americans with a mental illness incarcerated in the nation’s prisons and jails is disproportionately high. Almost 555,000 people with mental illness are incarcerated while fewer than 55,000 are being treated in designated mental health hospitals.

The problem with the mental health system in our country did not spring up overnight. “There was a shift in the way our society sees mental illness,” says psychologist Dr. Stephanie Roby. “We saw a fallout from the 60s when we were institutionalizing everyone. Society reacted by saying the community needs to be more responsible for these individuals.”

The goal was to reduce the number of mental health patients housed in government-operated institutions and to shift the care to local communities where programs would be created to handle their special needs.

“It was a great idea in theory,” says Dr. Roby. “Unfortunately, mentally ill people do a lot of inappropriate things, they are misunderstood, they commit crimes and then they end up in CPTU.”

Despite their attempts to meet the needs of these inmates, many including Kevin Pangburn, mental health director for the Kentucky Department of Corrections, believe these men are “trapped with nowhere else to go”.

This project first materialized when I was in graduate school in the winter of 2008. I have continued the project for the last year and a half and this documentary project thus far has focused on the Correctional Psychiatric Treatment Unit at the Kentucky State Reformatory. It portrays the daily struggle inside the walls of the unit redesigned to treat mental illness and maintain the level of security required in a prison. These photos take viewers into an institution where the criminally insane are sometimes locked up in their cells for 23 hours a day with nothing to occupy their minds but their own demons.

I hope to continue the project in other states including California, whose prison’s mental health unit is one of the largest mental health facilities in the nation, and Texas, who because of the incarceration of more mentally ill inmates have created a need for even more prisons in the state. There needs to be a shift in the way our society sees mental illness and I am hoping this project starts a dialog.

The immediate goal of the work this grant would support is to draw attention to the lack of treatment the mentally ill receive in prison and to question whether these inmates belong in prison or in a mental health facility. The overall aim of this project on mental illness in America’s prisons is to question the mental health structure in America and the prison system in general. At the same evaluating the “lock them up and throw away the key” mentality that the American justice system has adopted in the last 20 years.

This is a topic that has been covered in recent years in other countries but we have yet to see an indepth photo documentary on the inhumane treatment to the mentally ill in America.

Today, as financial support for social and welfare programs decrease in the country and the contributions to the prison system increase, we will only see more mentally ill people imprisoned. I would like to continue to bear witness, by documenting how the American system is treating mental illness in the community.

Bio:
Jenn Ackerman is a documentary photographer working in Dallas, Texas, and starting to edit a film, Trapped – a documentary about mental illness in prison.