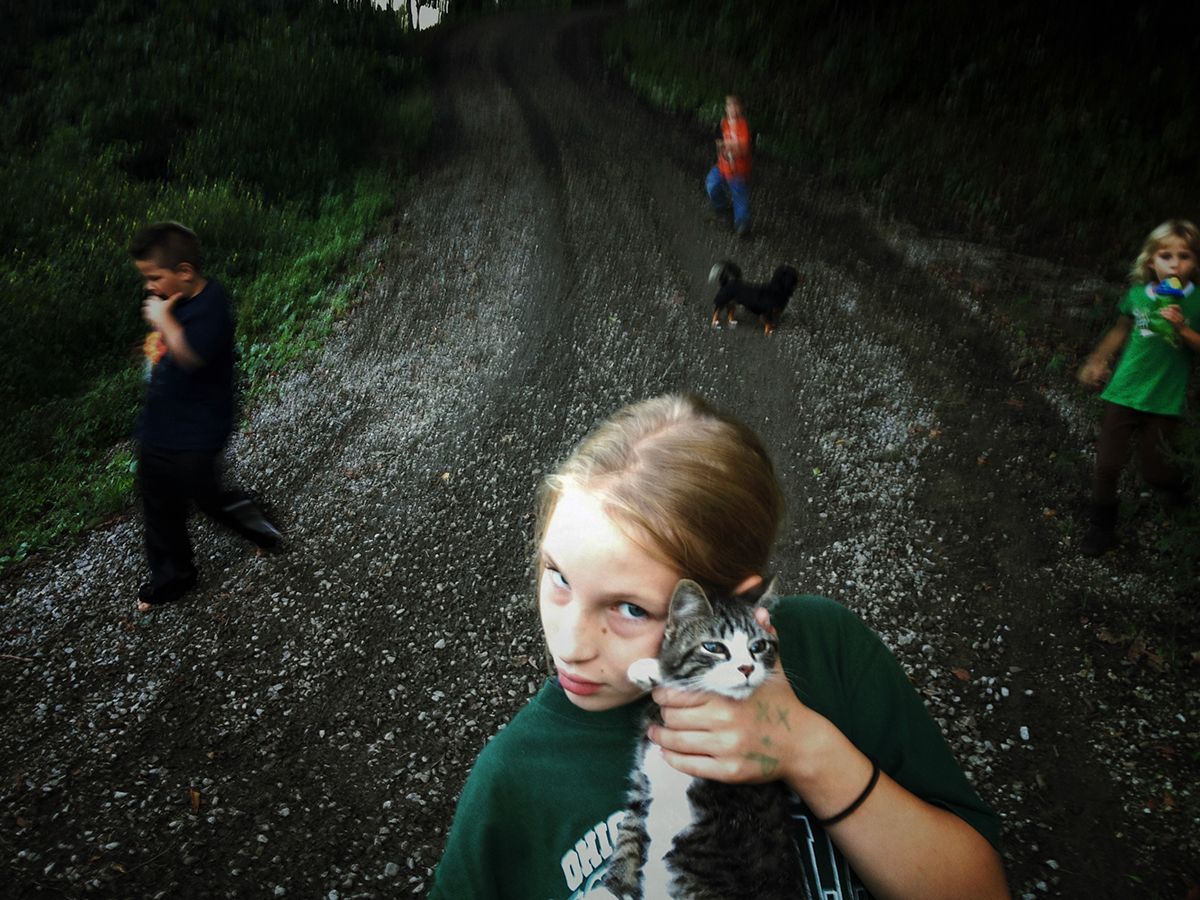 I’ve been documenting the Castos for over three years. I was initially drawn to the family dynamic of grandparents taking over the role of parents. Lorrie and Lee Casto are currently raising their three grandchildren, Sonya, 12, Paige, 6, and Seth, 5. The children’s mother, Amber, tries to be a bigger part of their lives, but too much damage has been done. Amber let her boyfriends abuse Sonya for years and lived with her in shambles.

Sonya suffers from Post Traumatic Stress Disorder after all of the abuse she endured from her mother and her boyfriends. “He beat her so hard one day that his class ring was stamped into her face for a week,” Lorrie said. “I knew I had to get those kids away from her.”

Lorrie and Lee got custody of Sonya in 2006 after being estranged from their granddaughter for over a year. Eventually they adopted all three of the grandchildren.

Sonya has always been able to articulate the abuse she endured. “Ever since I can remember, my mom called me every name in the book. She said she didn’t even want me,” Sonya says. “She’s not my mother. My grandma is.”

The reality of grandparents raising their grandchildren is an increasing trend in America. With more parents being involved with drugs, going to prison, and being unfit to raise their children, grandparents are left to look after the kids. Many grandparents have to sacrifice their golden years, medication, and life savings to be parents again.

While this is an enormous amount to deal with while approaching old age, Lorrie wouldn’t change a thing.

“I would do it again for the kids to make sure they are safe,” Lorrie says. “They mean the world to me.”