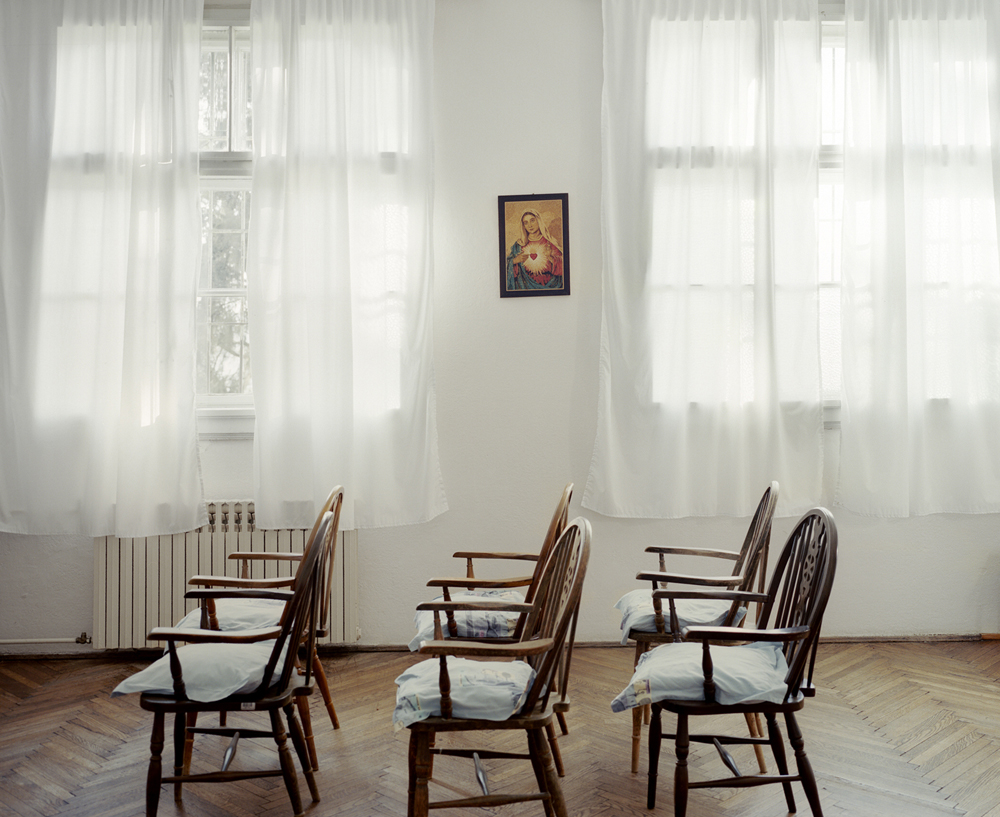 Marina Paulenka (Croatia): The Other Home

The Other Home is documentary photography project in which I show a female prison inmates through the justice system at the penitentiary in Pozega, Croatia, and way of life in it, where I question the issue of freedom, surveillance, home and otherness. Požega Penitentiary is the only female penitentiary in Croatia where over 130 prisoners serve a sentence of imprisonment of at least six months and up.

Given that historical reductive forensic portraits delete all of their representation except criminal identity, my photographs depict the existing scenes of women’s rooms, dorms, cells, bathrooms and ‘private’ and ‘personal’ stuff.

In my work The Other Home I try to critically reassess and review the adequacy of supervision, control data and the law in society as well as the concept of freedom inside and outside the supervisory institutions, which I associate with the family home, models which operate on the principle of ‘re-education of women’.

What means in Croatia country to be mother and prisoner? Why some of the women are now in penitentiary? Is it because thay haven’t enough good life, money and food?

Some feminist theories say that the central social scene where a woman is simultaneously subject and object of supervision is definitely a family home. My photographs show the way of life of women – mothers who, as prisoners, represent the ‘Other’ and crime, which is not ‘Other’ as such, but is, in fact, a component of a wider society which can’t be immediately identified.

According to some feminist theories, the central social scene where a woman is simultaneously the subject and object of control is certainly the family home. If the home looks like a prison, how do we observe a public institution in which inmates serve sentences of imprisonment?

After arduous negotiations that lasted several months, I received a rejection to photograph prisoners, from behind or in silhouette, so in a way that does not reveal the identity, as well as standing in the law. Therefore, I decided to photograph interiors of prison. All the photos I had to give the authorities for verification. So, here we can open discourse about double closed control – them inside and me outside. It is taboo in our country to being a mother and being a prisoner. I’m examining what ‘They’ represent and what ‘They’ don’t represent to the rest of the community. I spent one year in prison with inmates, sleeping there sometimes.

I’m inspired by the fact that throught the projects that I realize in the medium of photography I learn about the world itself, diversity and life. For me, photography is an extension of my hands and mind, a way of communicating with the world, through photography I want to approach the reality of the human being and everyday alter entrenched opinions and encourage action.

Storyteling is very important segment of my work and I see myself as an artist – photographer who explores, reflects the society. Like a photographer I would like to stimulate thinking and encourage concrete actions in humans. I think that in this respect the photography is very powerful tool and weapon in today’s world.