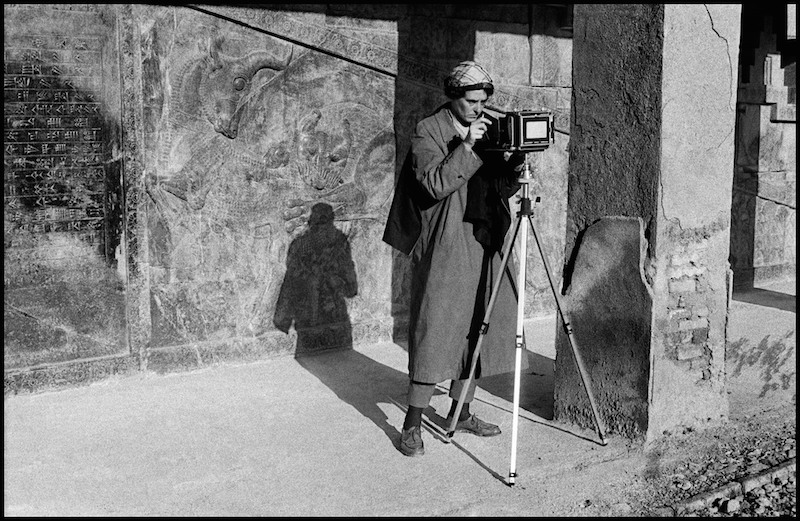 Inge Morath was an Austrian-born photographer who was associated with Magnum Photos for nearly fifty years. After her death in 2002, the Inge Morath Foundation was established with a limited-term mission to manage Morath’s estate and facilitate the study and appreciation of her contribution to photography. The Inge Morath archive was acquired by the Beinecke Library at Yale University, and a set of Morath’s master prints by the Yale University Art Gallery, where they are now available to scholars.
Because Morath devoted much of her enthusiasm to encouraging women photographers, her colleagues at Magnum Photos established the Inge Morath Award in her honor.

The Award is administered by the Magnum Foundation as part of its mission to expand creativity and diversity in documentary photography, in cooperation with the Inge Morath Foundation.

Past winners of the Inge Morath Award include:
Daniella Zalcman (US, ‘16), for Signs of Your Identity, Danielle Villasana (US, ’15), for A Light Inside, Shannon Jensen (US, ’14), for A Long Walk; Isadora Kosofsky (US, ’12), for Selections from “TheThree” and “This Existence;” Zhe Chen (China, ’11) for Bees; Lurdes R. Basolí (Spain, ’10) for Caracas, The City of Lost Bullets and Claire Martin (Australia, ’10) for Selections from The Downtown East Side and Slab City; Emily Schiffer (US, ’09) for Cheyenne River; Kathryn Cook (US, ’08) for Memory Denied: Turkey and the Armenian Genocide; Olivia Arthur (UK, ’07) for The Middle Distance; Jessica Dimmock (US, ’06) for The Ninth Floor; Mimi Chakarova (US, ’06) for Sex Trafficking in Eastern Europe; Claudia Guadarrama (MX, ’05) for Beforethe Limit; and Ami Vitale (US, ’02), for Kashmir.

Submit here: https://ingemorath.submittable.com/submit
All IM Award submissions must be received by April 30th, 2017.